On August 11th, 2021, 10 Seniors performed in the Big Show “Seniors Got Talent” at the Lexington Opera House.

Congratulations to all contestants for a superb performance! First place and the $500 cash prize went to Lutisha Coleman with her impressive piano playing. Her passion came through as she played a powerful rendition of “How Great Thou Art.” Second place went to the Flat Out Fun Dance Team. The team brought an incredible energy to the stage as they danced to “Girls with Guitars” by Wynonna Judd. Third place went to the Lydia DiMartino-Ellis wowed the audience with her flute playing skills. Not only did she play the classic melody of “Climb Every Mountain” from the Sound of Music but she proved her passion for the playing the flute by continuing to play the instrument even after enduring a life-changing stroke 6 years ago. 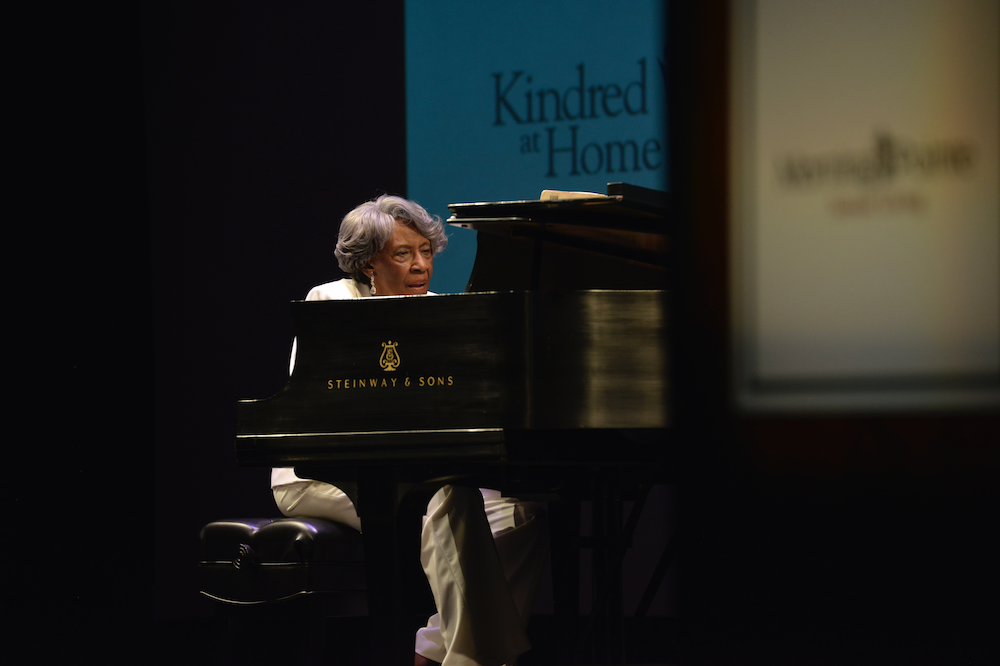 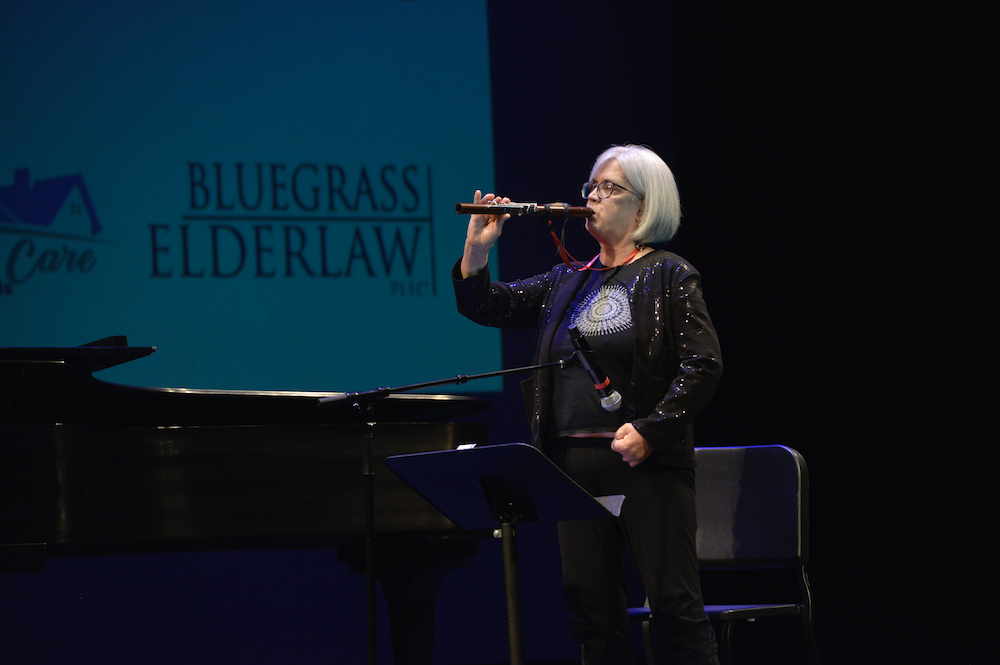 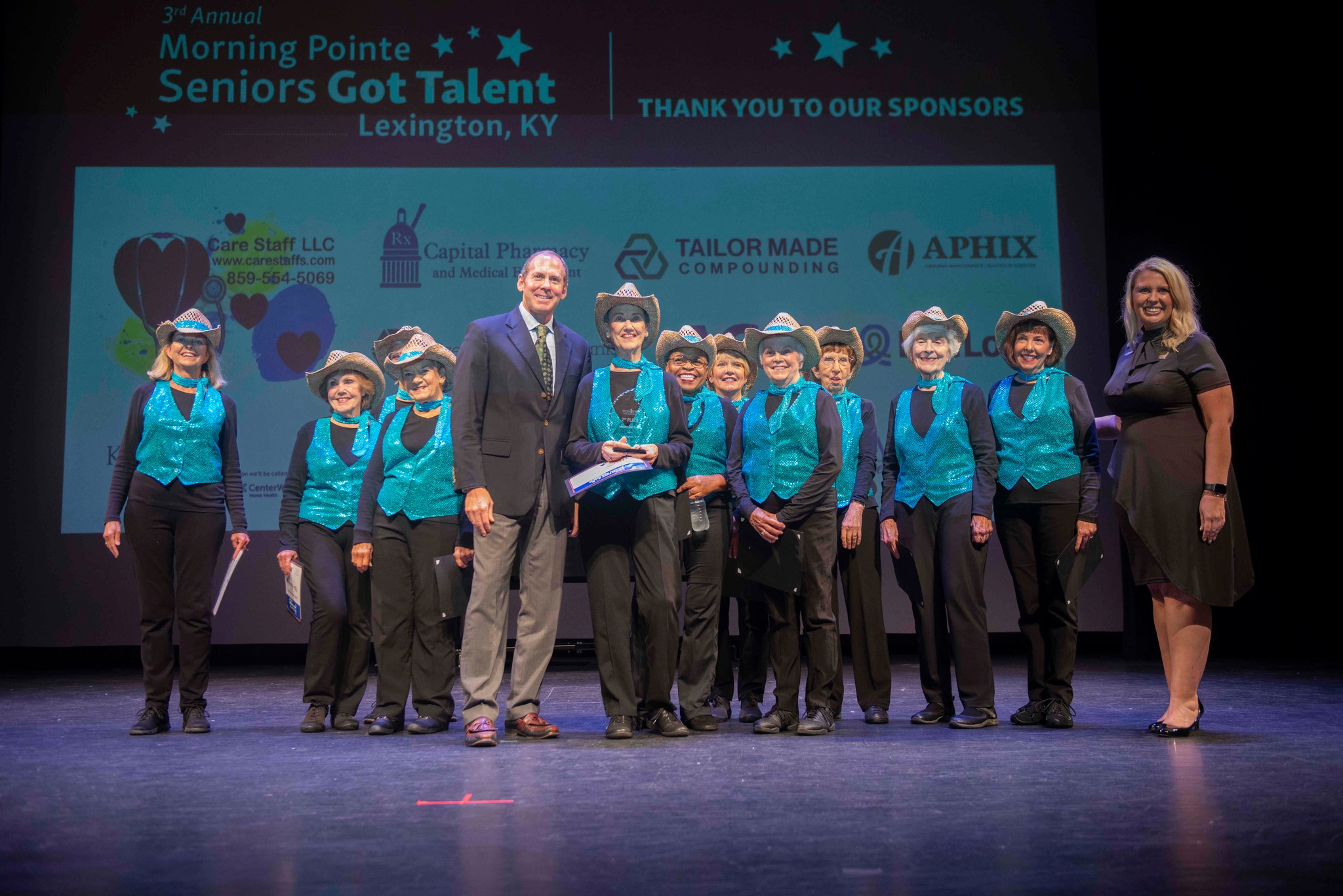 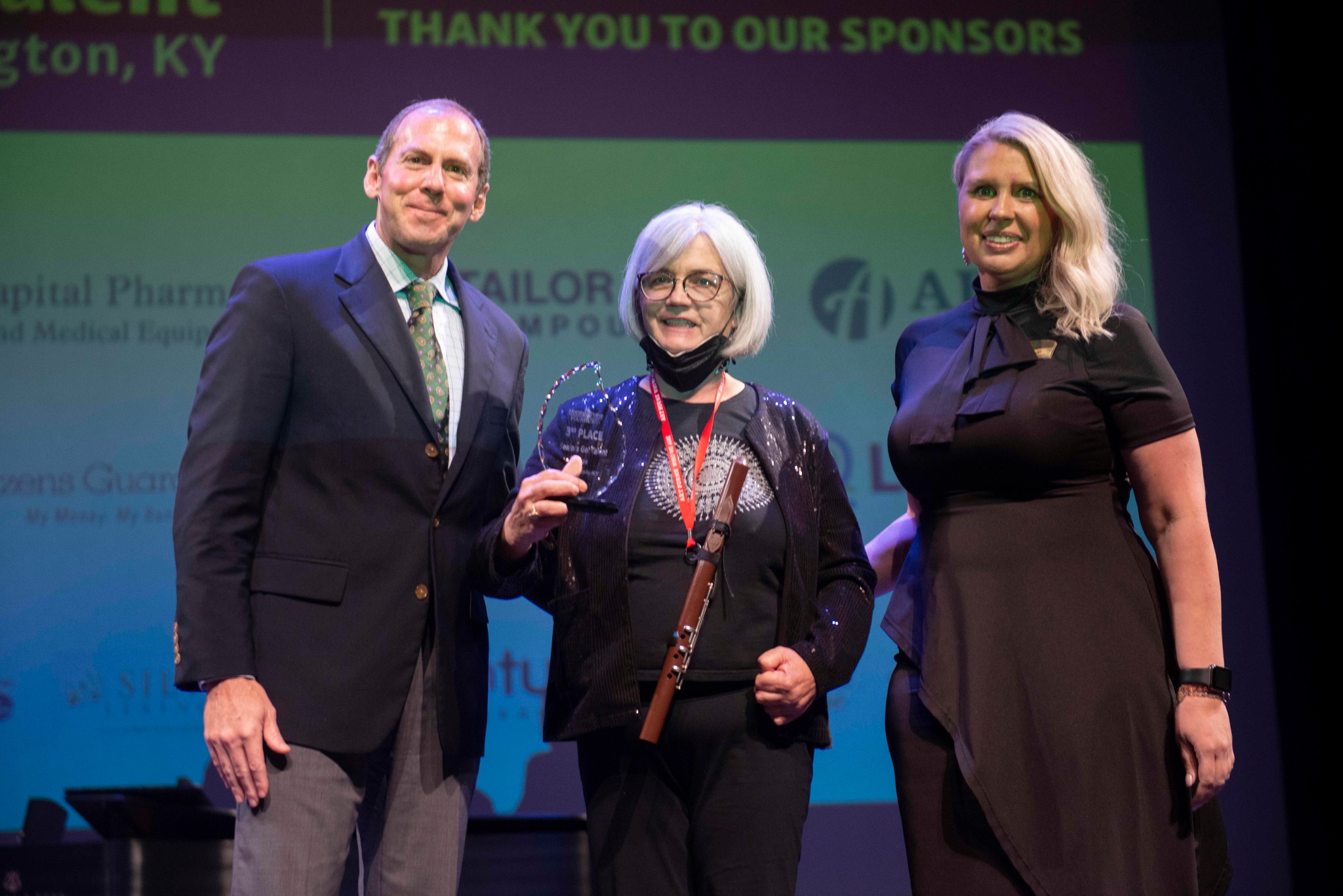 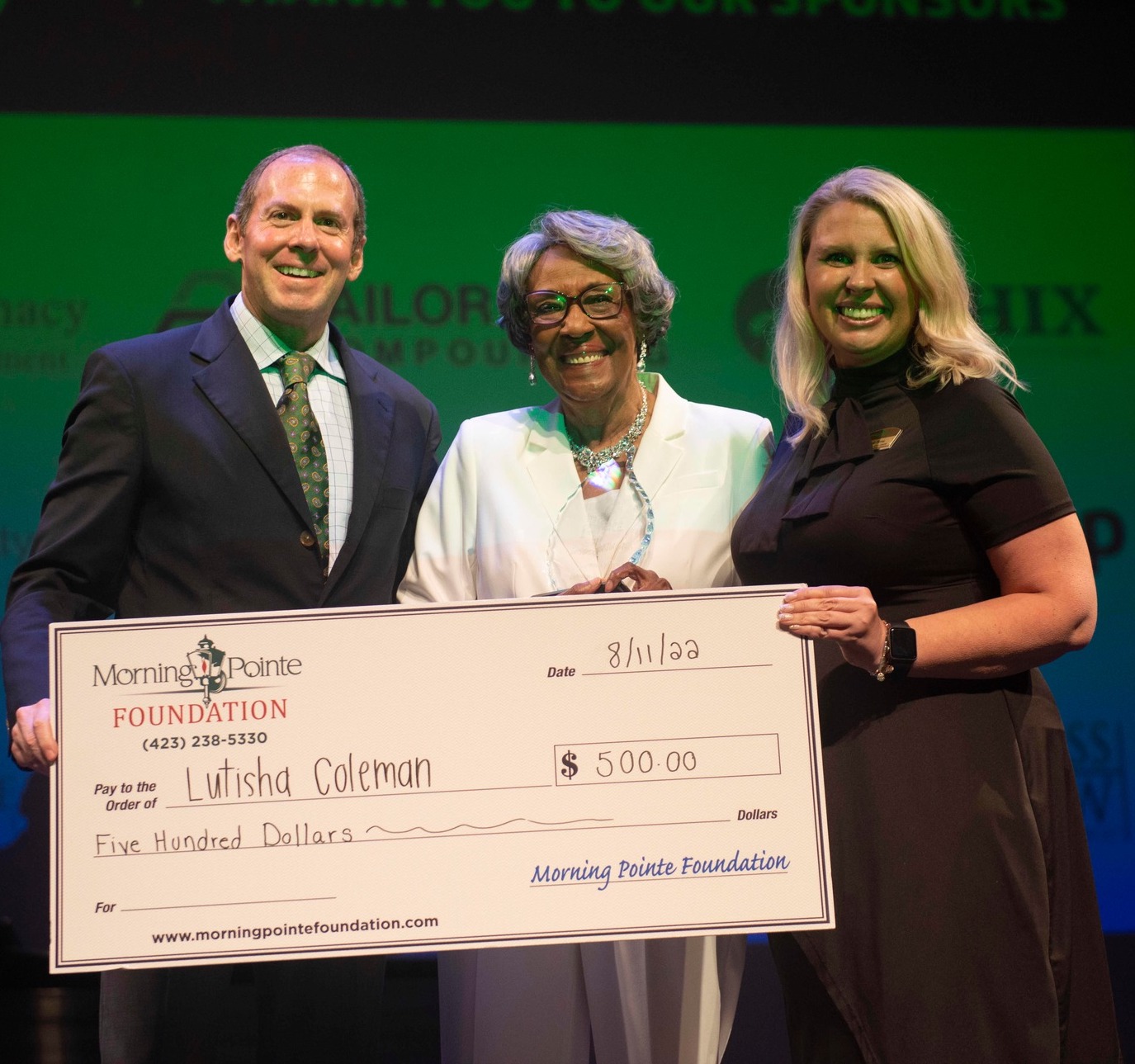 See What Morning Pointe Seniors Got Talent is All About 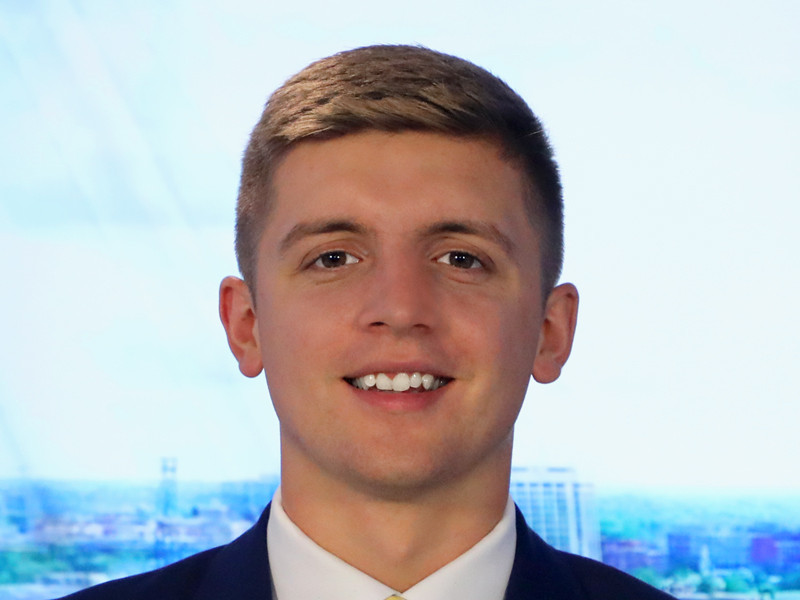 
Dillon Gaudet is the Morning Meteorologist at ABC36. A native of Buckhannon, West Virginia, Dillon moved to Lexington in August 2021 and has quickly made central Kentucky his home. Dillon turned a childhood fear of storms into motivation to gain an understanding of the power of Mother Nature. You can watch Dillon Monday through Friday mornings and afternoons on ABC36. 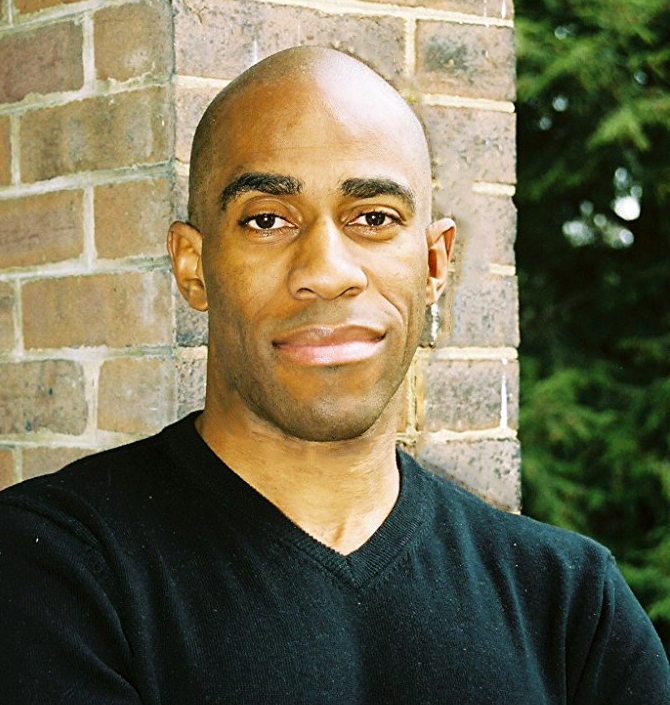 Executive Director for
The Lyric Theatre

Whit Whitaker, a native of Detroit, Michigan who now makes Lexington, KY his home, is a performing artist who has performed in the United States and abroad, most recently South Africa in July 2019 and is the current Executive Director of the historic Lyric Theatre & Cultural Arts Center.  He is a local favorite on the theatre stage and has performed in many productions with several performing arts organizations, including Central Kentucky Theatre, The Kentucky Opera, the University of Kentucky Opera Theatre, the National Chorale, the Brazeal Dennard Adult and Youth Chorales, the KentuckyBach Choir, The Lexington Singers, the American Spiritual Ensemble, Message Theatre, Antagonist Productions, Kentucky Conservatory Theatre/Summerfest, and Woodford Theatre.  Some of Mr. Whitaker’s most memorable performance roles include “Othello” (Othello), “Pasha Selim” (The Abduction from the Seraglio), “Don Quixote/Cervantes” (Man of LaMancha), “King Arthur” (Spamalot), “The King of Siam” (The King and I), “Dr. Martin Luther King, Jr.” (The Meeting), and many stage performances in UKOT’s annual It’s A Grand Night for Singing musical revue.

In Mr. Whitaker’s “spare” time when he is not faithfully executing his duties as Executive Director of the Lyric Theatre, he can be seen teaching fitness classes for the YMCA of Central Kentucky, Volunteering in the community, performing solo concert and theatrical works with collaborating pianists, or on stage as a lead singer and percussionist with his local band The Mercy Men.  I am honored and happy to be a part of this wonderful event in support of the wonderfully talented senior performers whose wisdom, souls and thirst for life embody the best parts of us all.” 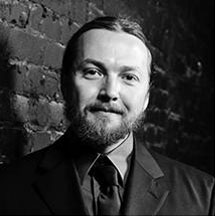 Austin Robinson earned his BA in music theory and composition from Eastern Kentucky University (2001) and his MM in music therapy from the University of Kentucky (2015). He is the owner and director of Edge Music Therapy LLC, a private practice music therapy provider in Lexington, KY. He provides services to many populations including children and adults with special needs, senior adults, and early childhood.

Austin currently serves on the Kentucky State Task Force for Government Relations, a joint effort of the American Music Therapy Association and the Certification Board for Music Therapists. He began serving as the conference coordinator for the Southeastern Region of the Music Therapy Association in 2016. His research interests include interdisciplinary collaboration, music therapy as surgical/procedural support, and music and Parkinson’s disease. 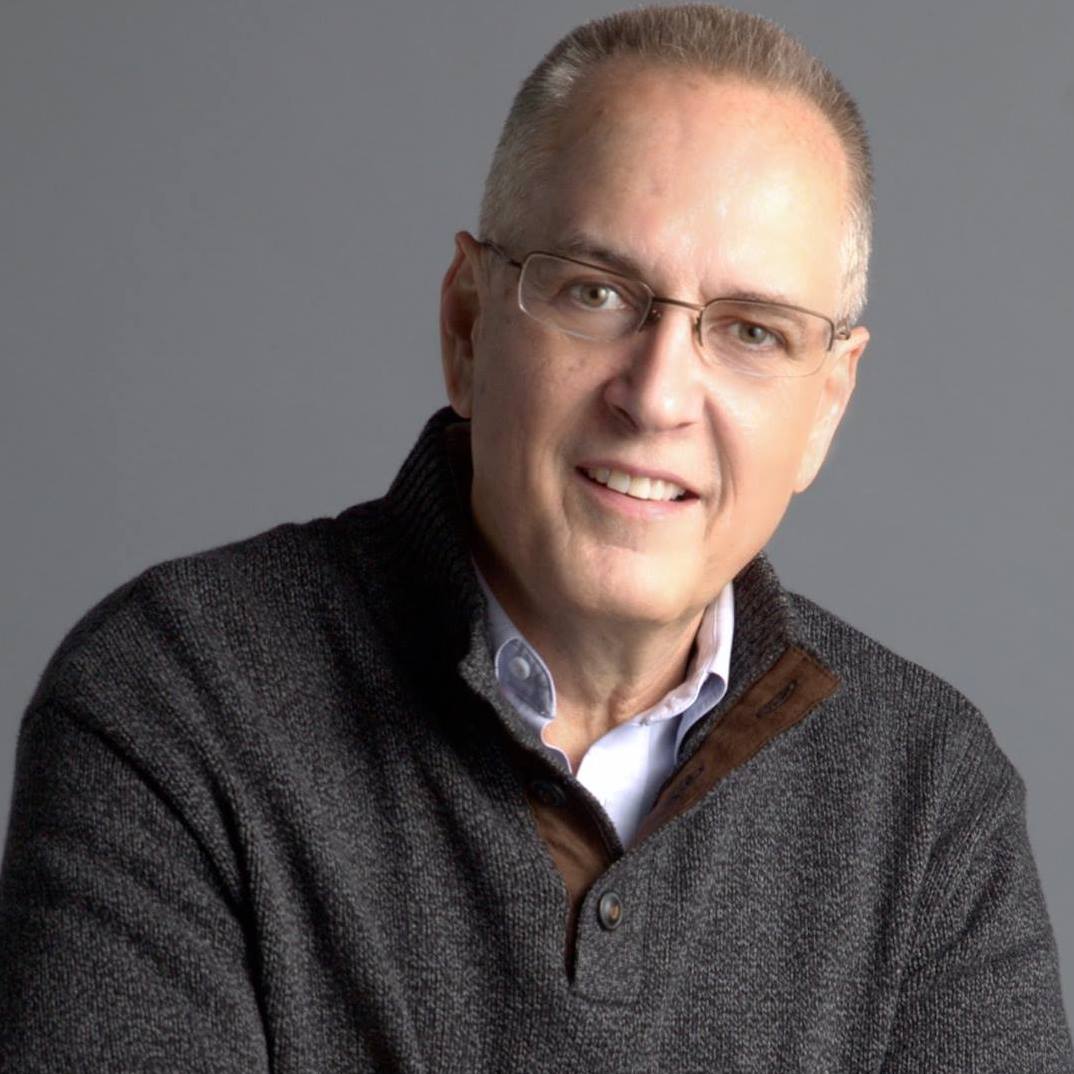 Actor and Singer from the Louisville Kentucky Area/Winner of the 2021 Seniors Got Talent, Lexington

Richard Ryan, is an actor and singer from the Louisville Kentucky area. He has performed with The Kentucky Opera, the Stephen Foster Story and multiple local theatres. He is a published writer and currently works as Regional Director of Facial5 Dermacare, Skincare and Color, Austin Texas. Richard and his wife Cathy have 3 adult children. Co-founded The Lexington Theatre Company (The Lex) alongside her husband, Jeromy, as a way to give back to her hometown and to the musical theatre industry.  She enjoyed a successful performance career including working on Broadway, National Tours and in regional theatres around the country.  Now, her greatest joy is supporting and nurturing creativity so that we can all generously contribute to our communities. She is the Artistic Director for The Lexington Theatre Company and teaches in their Artist Development Program. You can hear her each week, hosting the podcast “Beyond the Fourth Wall” for The Lex.  The book she co-authored Broadway Swings: Covering the Ensemble in Musical Theatre is available on amazon.com. 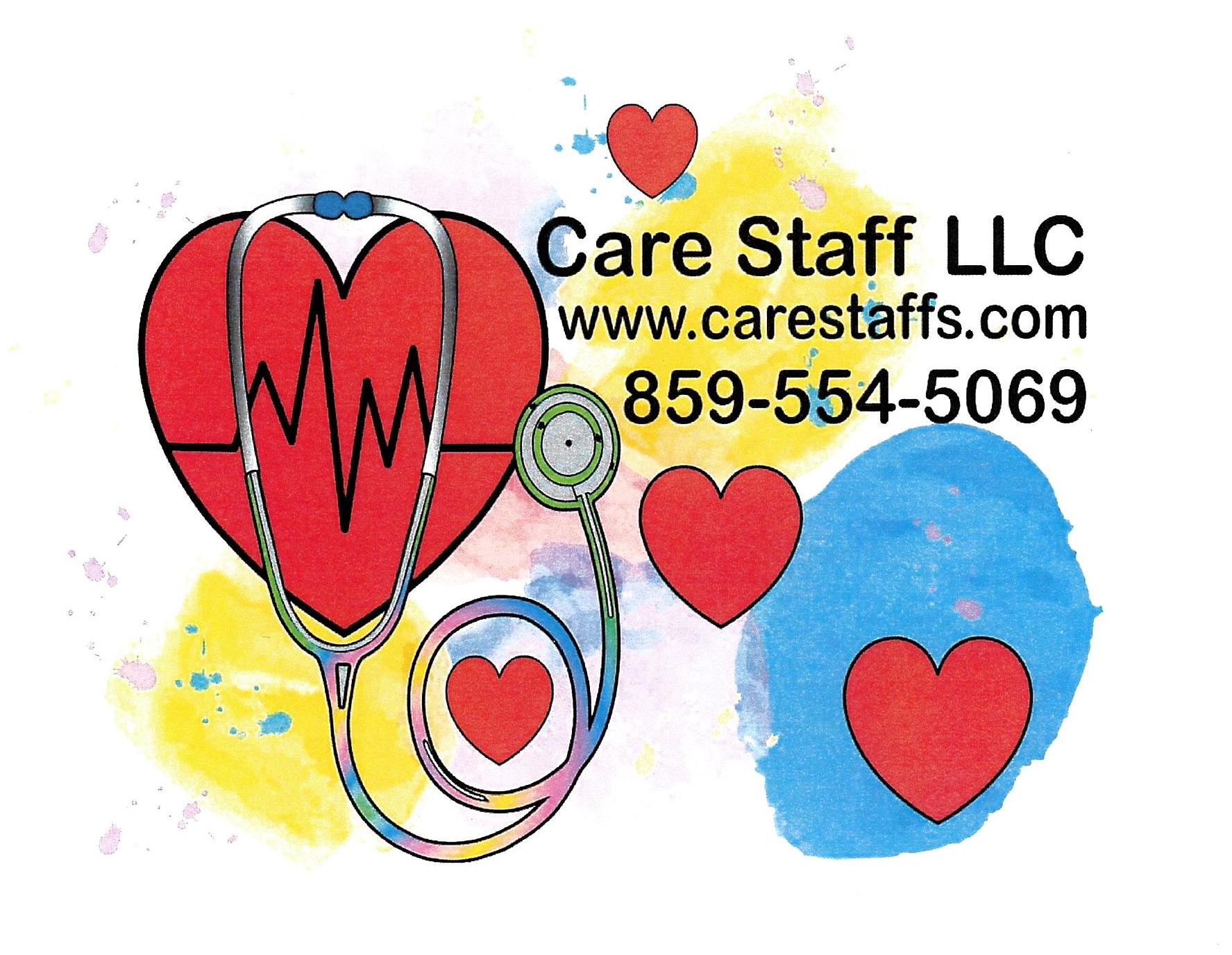 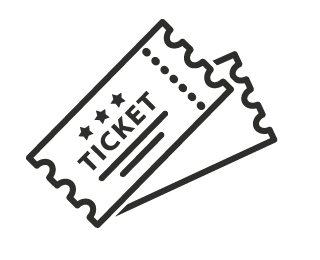 Invite Your Friends
and Family to the Big Show!
Tickets are available for purchase for $20 by calling The Lexington Opera House or visiting the theatre’s website.