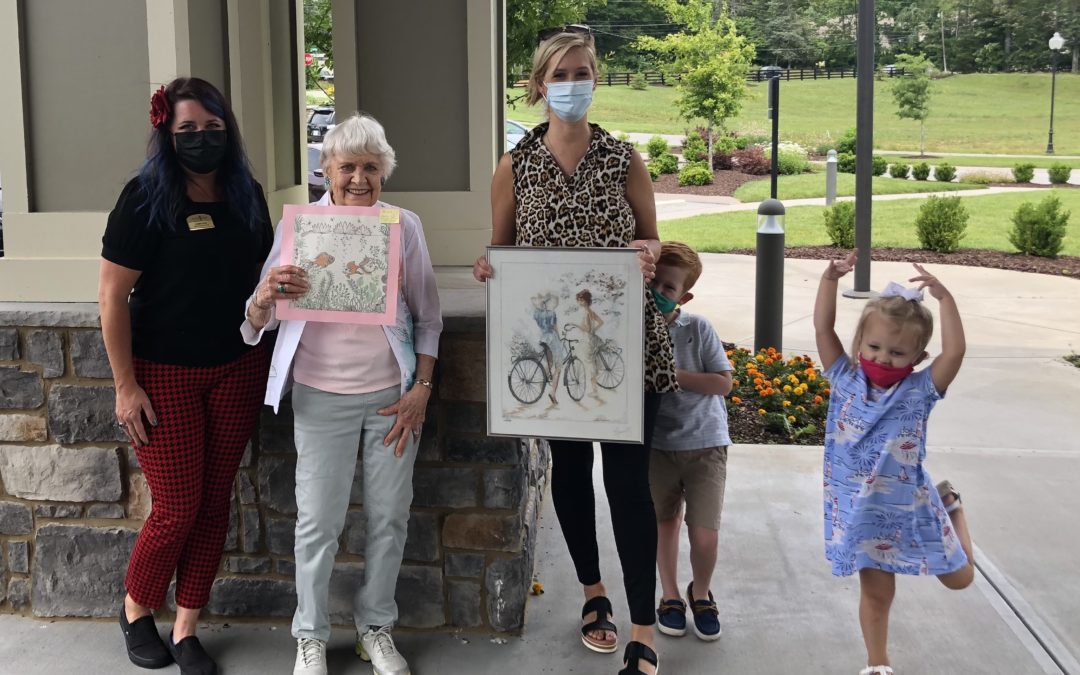 Members of the Valamont Woman’s Club delivered adult coloring pages and crayons to Morning Pointe of East Hamilton in April so that residents could participate in an adult art contest. Judged by kindergarten students at Rossville Elementary, this was a chance for Morning Pointe residents to show off their creativity and partner with two groups they care so much about.

On Tuesday, June 8, the Valamont Woman’s Club returned to the Morning Pointe campus to announce the winners. Ann and Bernice won first and second place, respectively.

“I was so surprised to find out that I won first place in the contest!” said Ann Hagerman. “We all had a great time with this project.”

Intergenerational programming is an important part of Morning Pointe’s life enrichment initiatives, connecting senior residents with children and students of all ages to promote giving back to the local community. Morning Pointe is proud to partner with several area local schools throughout the year to offer activities including a pen pal exchange program, one-on-one visits and other service-oriented projects around the Southeast.

Morning Pointe Senior Living is the developer, owner, and manager of 35 Morning Pointe assisted living and The Lantern at Morning Pointe Alzheimer’s Center of Excellence communities in five southeastern states. Morning Pointe was founded in 1996 by Tennessee healthcare entrepreneurs Greg A. Vital and Franklin Farrow. The GFWC Valamont Woman’s Club is a sixty year old organization focused on organizing projects for their community.

“It is so exciting to start this community partnership with the Valamont Woman’s Club,” said Morning Pointe of East Hamilton life enrichment director Leigha King. “These projects are very fulfilling for our residents and they love being able to give back to others. We are actively working on upcoming events with the Valamont Woman’s Club like a project to donate dog toys to the Humane Society. We look forward to a long-lasting partnership.”