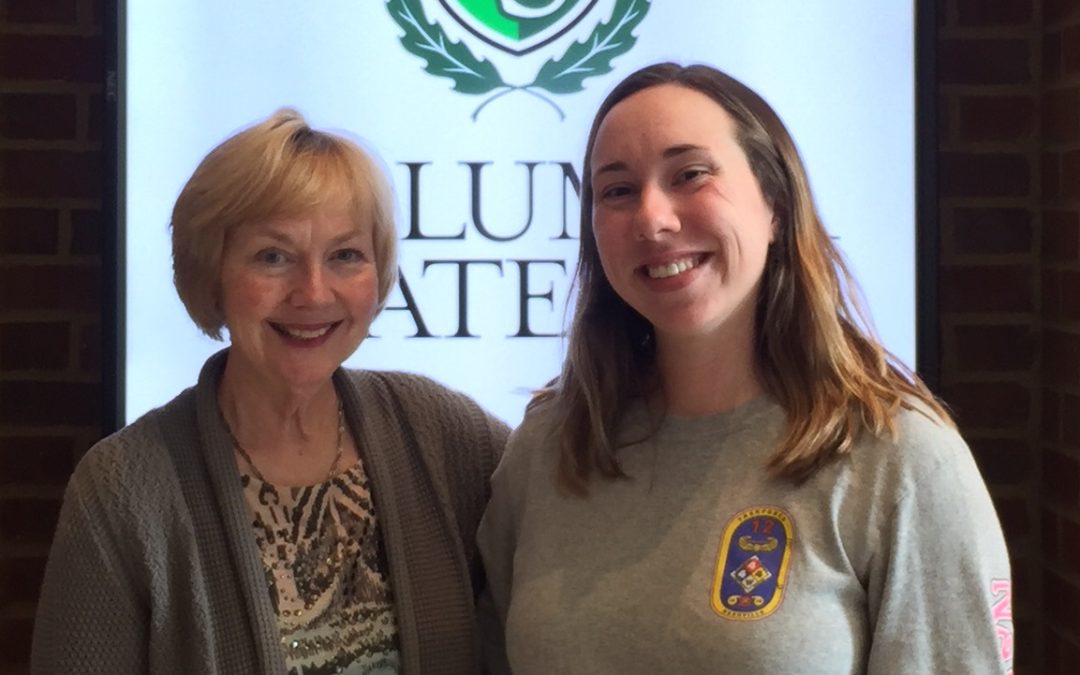 COLUMBIA, Tenn. (May 8, 2018) – The Morning Pointe Foundation announces Brandy Cauthen of White Bluff, TN as the recipient of the second annual nursing scholarship at Columbia State Community College in Columbia, TN. The Foundation awards $2,000 annually to the nursing program at Columbia State to students who demonstrate academic achievement.

Cauthen says the Morning Pointe Foundation Scholarship program helped her pay for her college costs so that she can focus on her studies rather than how to pay for it. She says the nurses who cared for her family inspired her to follow the nursing career path. Now working as a nursing tutor on the college campus, she says new doors to her career have opened thanks to the Morning Pointe Foundation.

“My father had to be in the hospital when I was younger for a few extended periods of time and it was amazing how much the nurses helped him and also helped to brighten my family’s day,” Cauthen says. “Each day in nursing there are so many opportunities to help someone physically or even just help improve their day. I hope to be that to other people’s families.”

Morning Pointe Senior Living began contributing nursing scholarship funds in 2008 to Chattanooga State Community College in Chattanooga. The scholarship was established to engage exceptional nursing students and develop a workforce that is equipped to address a growing aging population with changing healthcare needs.

In 2017, the Foundation launched its first scholarship in Middle Tennessee, which marked the beginning of a new partnership with the college’s nursing program. In addition to its partnership with Columbia State, the Foundation distributed $37,000 to more than 20 nursing students in Chattanooga, Athens, Jacksboro and Greeneville, as well as colleges in Ashland and Lexington, KY.

“Our scholars are the next generation of senior care,” says Lori Hoeger, director of the Morning Pointe Foundation. “Through this program we equip nursing students with the resources they need to succeed and meet the demands of a growing +65 population.”