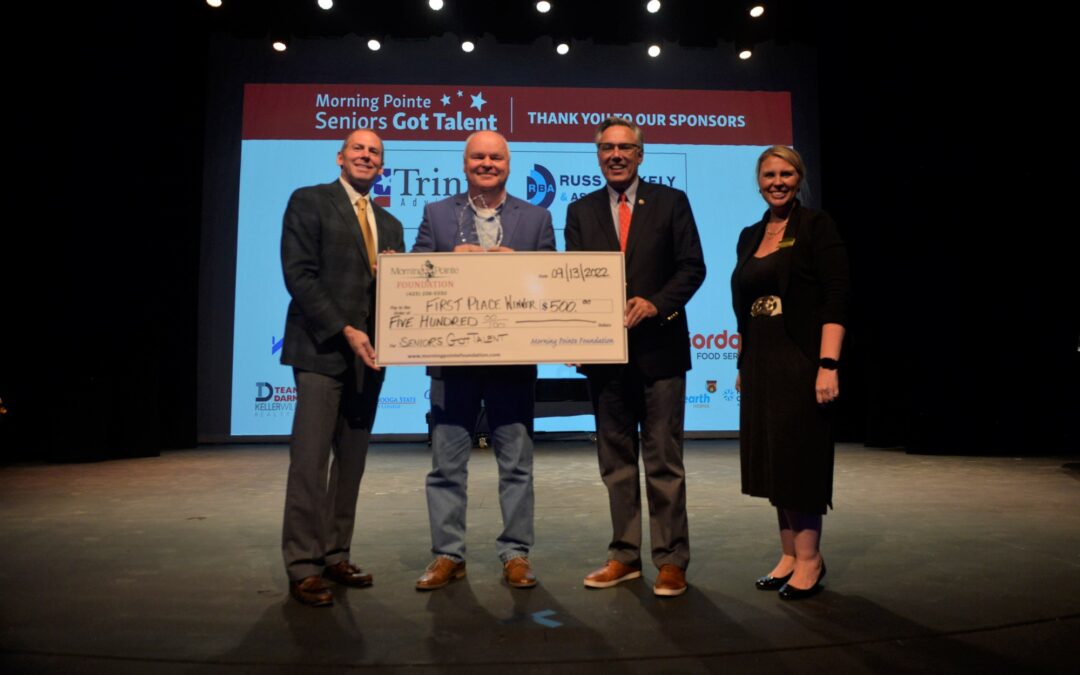 First place and the $500 cash prize went to singer and guitarist Randall Farrell, 64. He performed an original song, “Mystery of Love.”

“One day, I was just doing some noodling [freestyle playing on the guitar], and I said, ‘This is a pretty melody,’” Farrell said of how he wrote his song. The song speaks of God’s love for mankind. “There’s nothing prettier than singing to Jesus.”

Farrell has written more than 50 songs, with four of them being published and recorded in the 1980s by a band called Whetstone, which he was part of. Besides singing and playing guitar, Farrell also plays the bass, mandolin, fiddle, dobro, keyboard and harmonica.

Second place went to John Ludington, age 76, another singer and guitarist. He performed his own original song, “She’s All of We,” which he wrote for his daughter.

Folk music has always been Ludington’s go-to. He has written around 1,000 songs and has made several recordings. He has performed in clubs, restaurants, country clubs and other locations. His day job before he retired in 2003 was as an accountant and purchaser for the health department.

The Choo Choo Diamonds, a group of four dancers ages 66-75, took third place with their swing routine to “Funky Mama.”

The Choo Choo Diamonds are members of the Choo Choo Chapter of USA Dance, a national nonprofit ballroom dance organization. “Dancing brought us together, and dancing keeps us young,” is their motto.

Keith and Carolyn Bobo, both 71, took home the new People’s Choice Award, receiving the most audience votes for their singing and piano duet of “His Grace is Sufficient.”

Greg Funderburg, anchor for WTVC Newschannel 9 morning/noon news, served as the emcee for the evening.

The senior talent show was produced by the Morning Pointe Foundation in conjunction with Morning Pointe Senior Living. It raised more than $19,000 for the Foundation toward its mission of providing nursing scholarships at schools like UTC, Chattanooga State Community College, Cleveland State Community College, the Tennessee College of Applied Technology – Athens and funding caregiver support programs.

“Each year as the Morning Pointe ‘Seniors Got Talent’ competitions grow across the Southeast, the Morning Pointe Foundation remains committed to celebrating the talents of local seniors while supporting caregivers and nursing scholarships,” added Morning Pointe president and co-founder Greg A. Vital. “This is such an important cause, and what better way to support it than to bring out such talented individuals and let them shine.”